The ING Direct Super (retirement savings) team briefed Soap to come up with concepts that would drive awareness, acquisition and usage. The key twist in this brief was that we were specifically asked to develop ideas that would leverage tech and experiences to help position the brand as more innovative.

I led a team in the development of several concepts, two of which have been placed into production.

Concept 1: All About the Numbers

Rather than following the standard retirement planning model of showing people a big scary number of what they need to have saved when they retire, we focussed on all the little numbers that come together to calculate the big number and to make it possible. 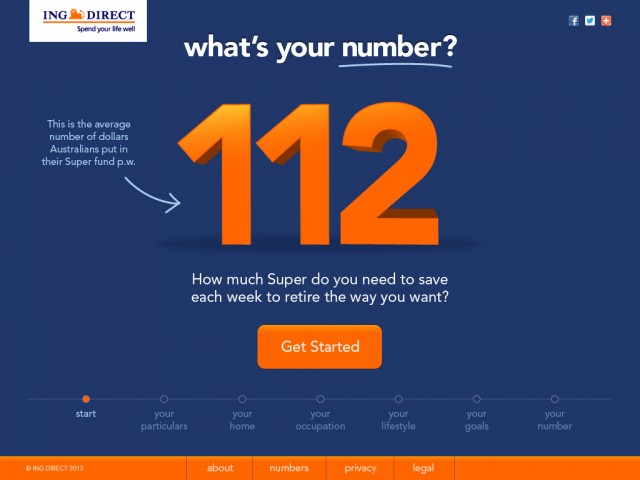 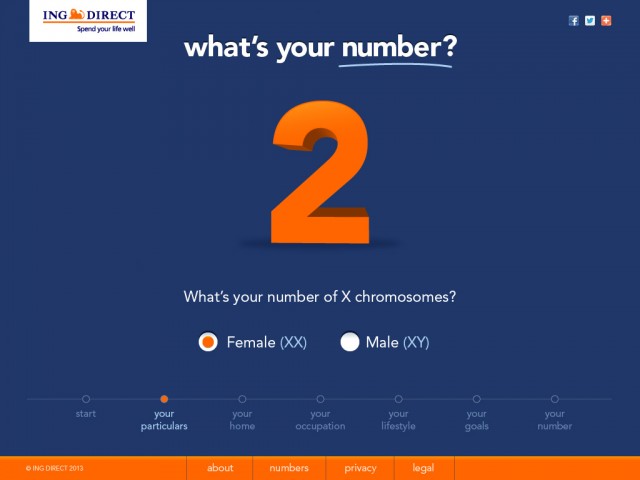 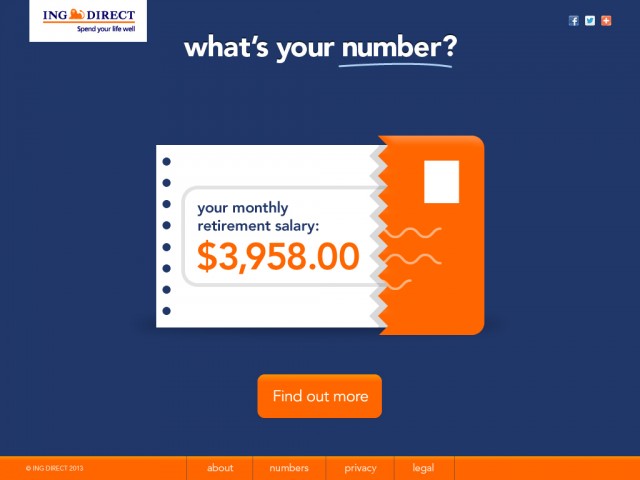 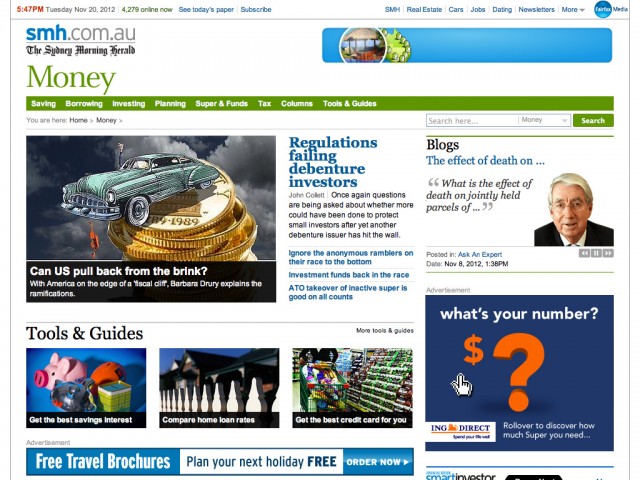 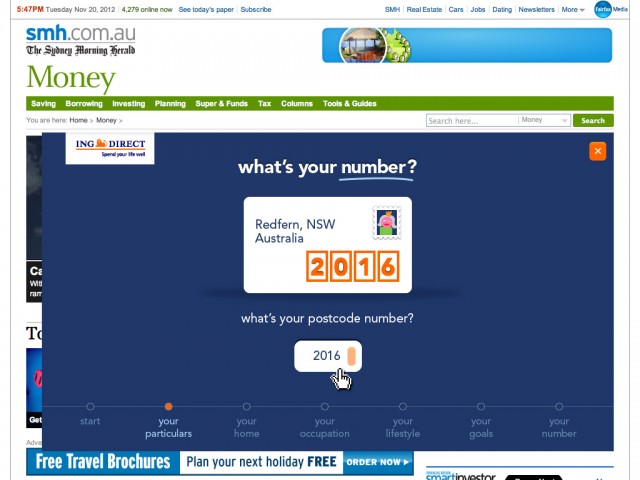 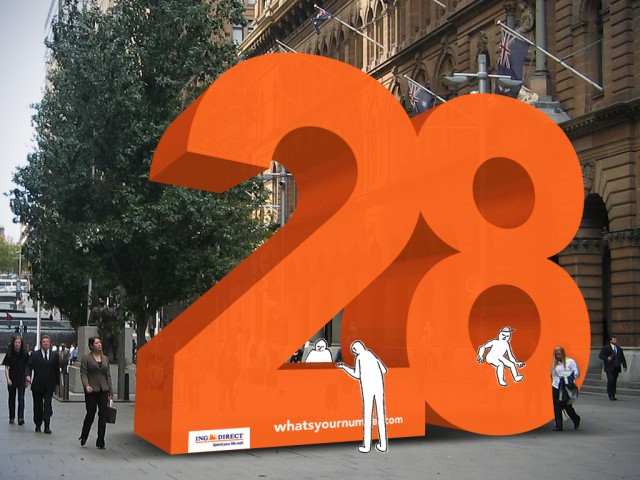 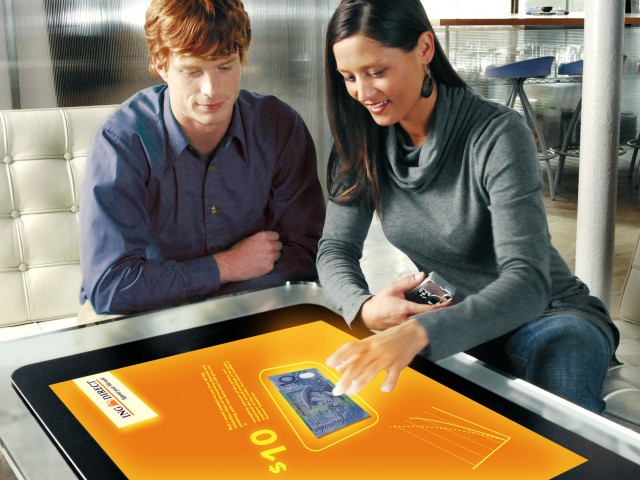 To both develop great content, and position ING Direct as a thought leader in the space, we developed the idea of running a series of dinners where regular ING Direct customers and friends could ask famous Australians questions about life, money, etc.

All content throughout the evening will be captured and edited for online and offline distribution, non-attendees would be able to ask questions via Twitter and Facebook, and a targeted event would help change the conversation around super. 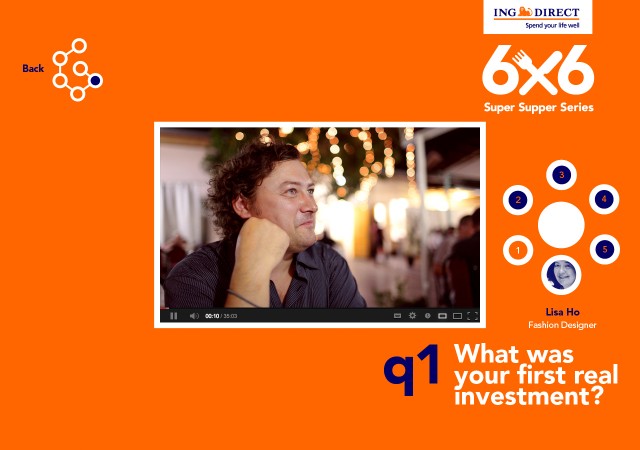 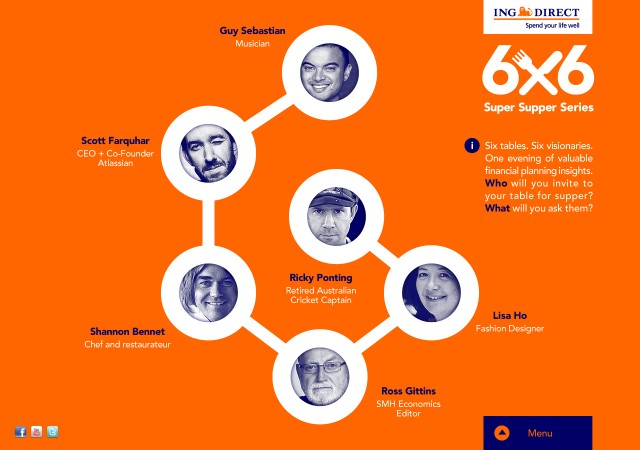 ING Direct briefed us to help them bring to life their brand promise of enabling a life well spent. We responded with an idea designed to build community & social support; build brand awareness thru good will & buzz; and evolve the brand from just CSR to visibly embracing Shared Value.

The idea is simple enough – develop an ING sponsored online experience that enables the Kickstarter model of crowd-funding, with an ING grant as a core component of the funding. The twist – projects must meet the ING sustainability values of Community, Environment and People. Working with several partners we identified a platform that would provide the crowd funding functionality and a educational organisation that could help vet potential projects and candidates. ING will not only fund these projects but tell the stories of the social entrepreneurs in video, print and social media. 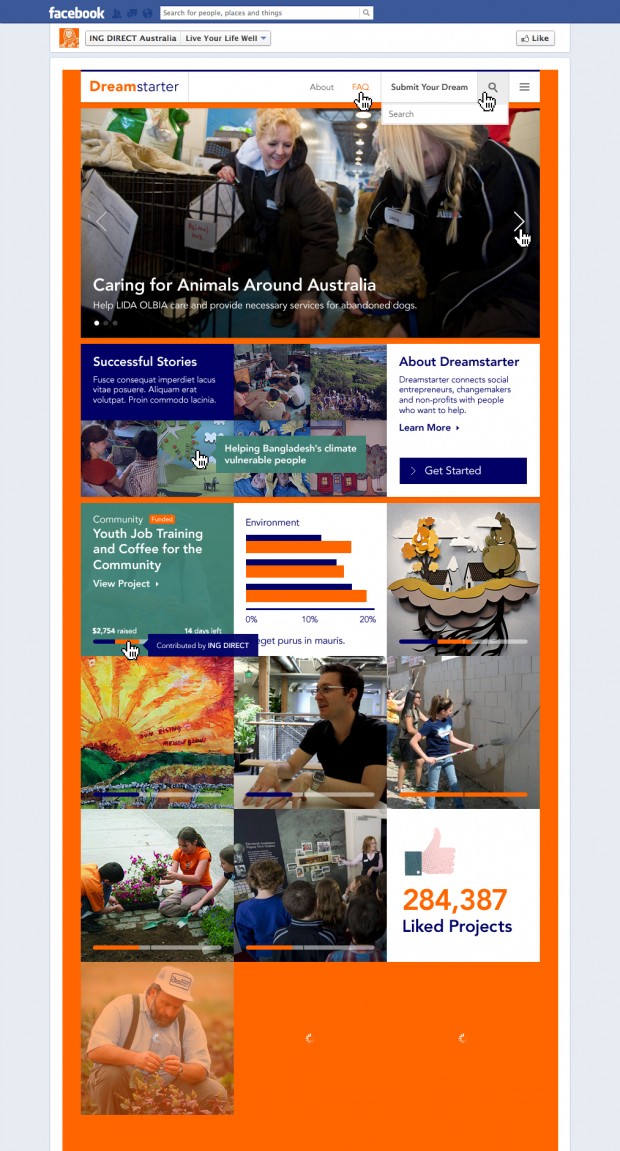 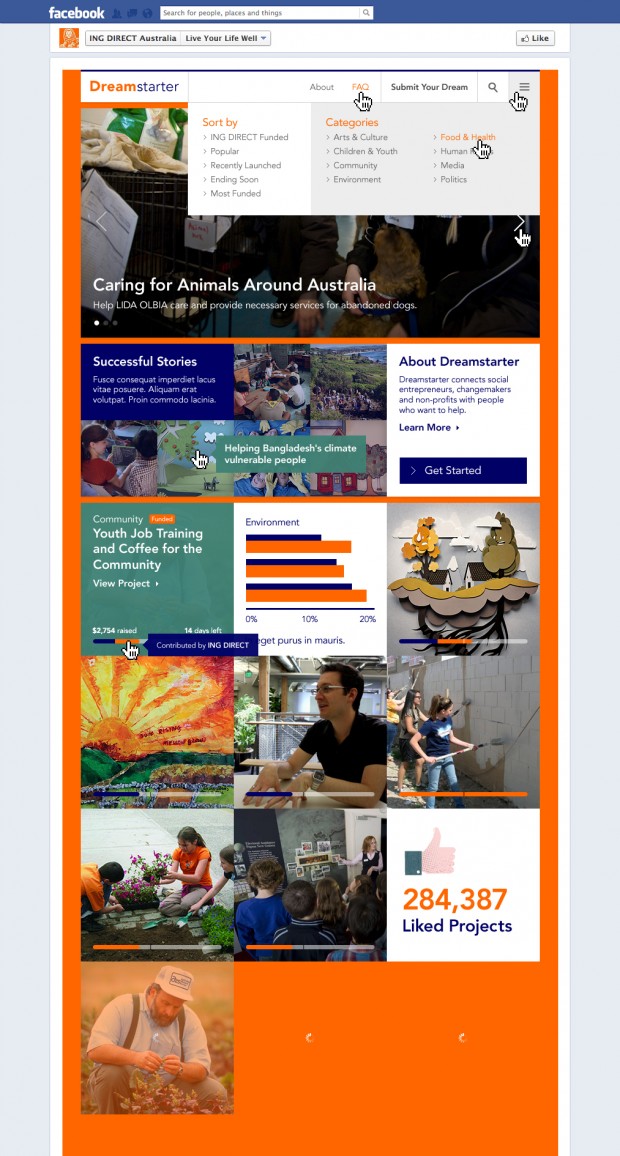 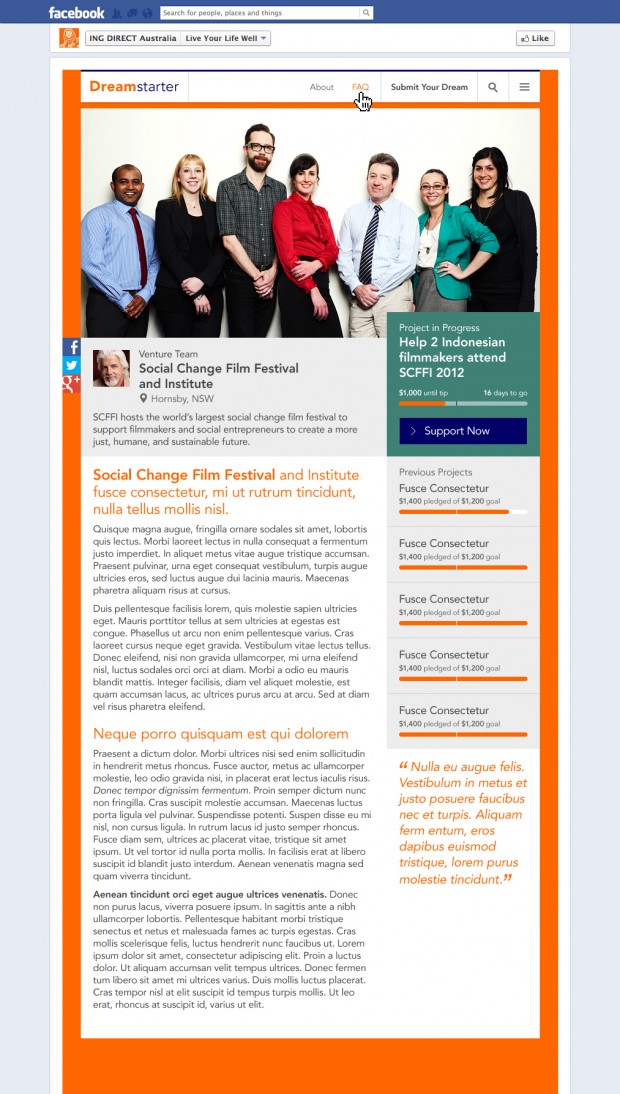 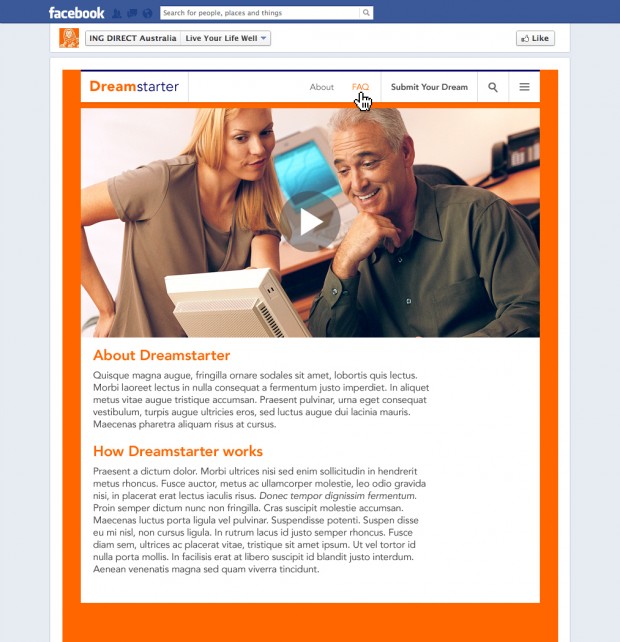 Tasked with launching ING Direct’s new payWave cash back offer, I led the development of a full campaign for customers and acquisition. From positioning concepts thru to logo lockups and direct marketing materials we developed a full set of thru the line assets. 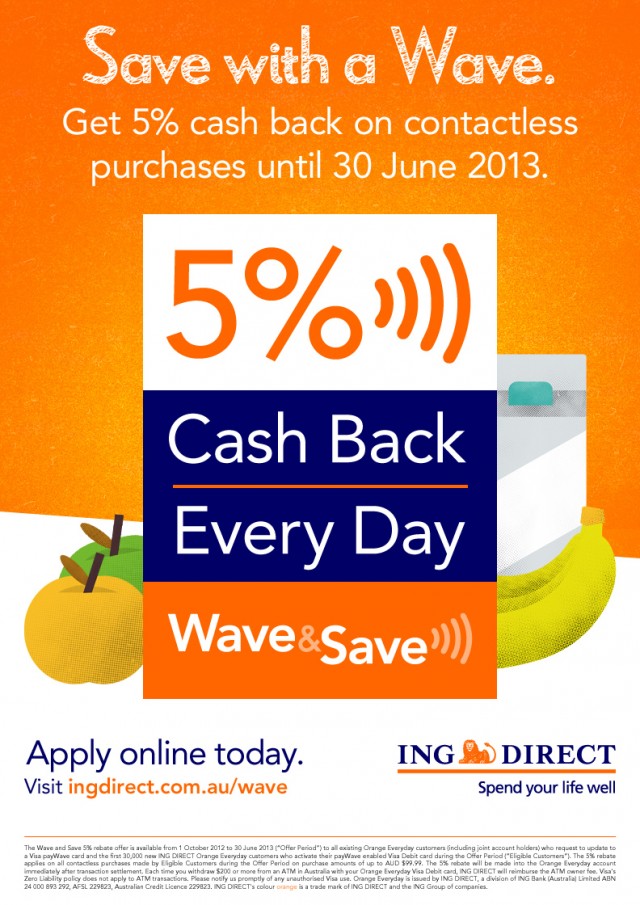 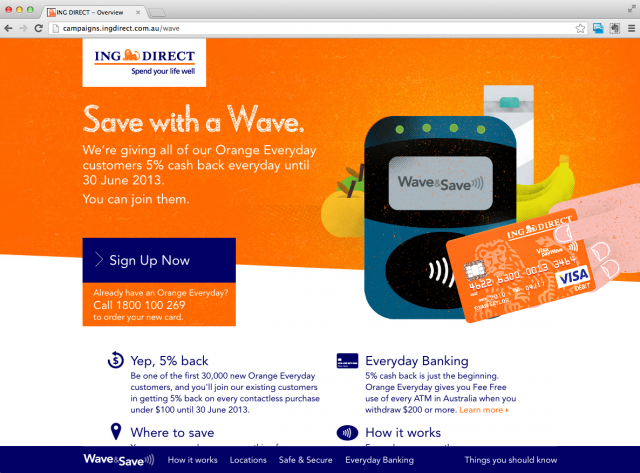 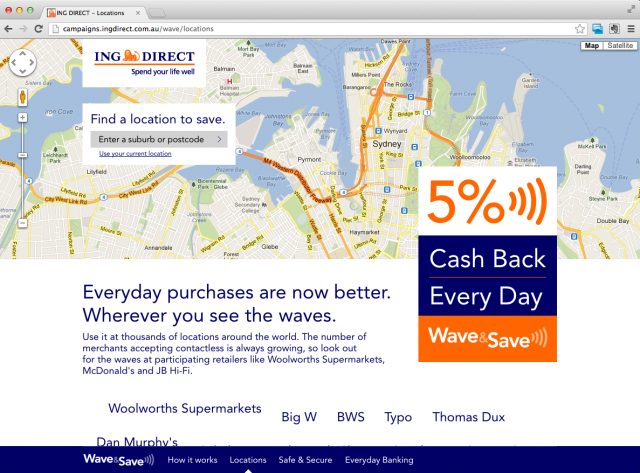 We turned it into a more user oriented and useful content site, and integrate Percolate to pull in timely and relevant content. 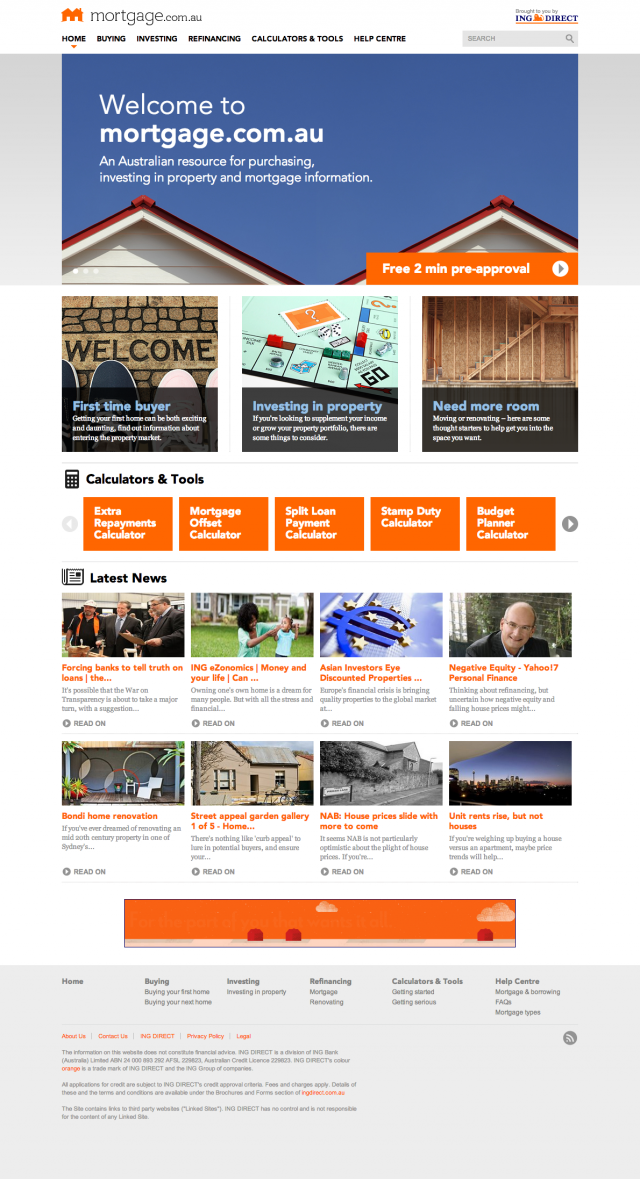 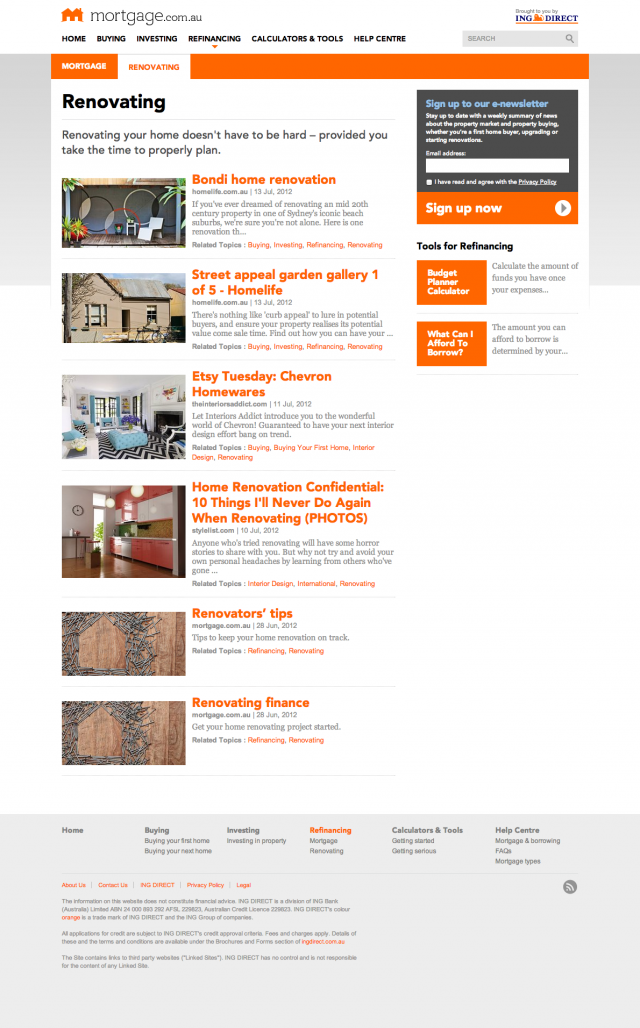